The range of wines starts with a lovely Rioja Blanco made from Viura. It is fermented on its skins for 24 hours to give it extra body and texture, and released after a minimum of one year in bottle, and sometimes longer, so that it begins to show some additional complexity. For the reds, the offering starts with an enticing Cosecha, aged for 6 months in tank. It is a delightful and fresh wine with beautiful spicy Tempranillo fruit. The Crianza then ups the ante. It is a wonderfully complex 'little' traditional Rioja, with notes of cedar and tobacco. The next level is the classic Reserva, brimming with dried cherries, earth, and that old Rioja spicebox. In exceptional vintages, they also make a wine called Vendimia Seleccionada, which is a selection of the best parcels aged for an extended time in bottle, and is more like a Gran Reserva in its stature and complexity. And lastly, there is the Gran Reserva itself, from their oldest vines and only in great years. It is nothing short of a triumph of classic Traditional Rioja, with a potpourri of dried fruits and flowers, tea, cocoa, and haunting aromas of old antique furniture. Like all the Peciña wines, there is a hallmark tensile quality that comes from a beautiful core of acidity. Quite remarkable indeed!"
View all Hermanos De Pecina 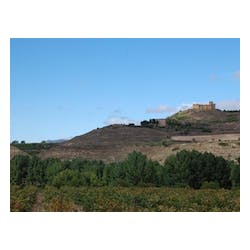