Since people always ask us about our interesting labels here is a little bit about Hullabaloo: We chose the classic 19th century strongman icon as we thought it was fitting of the period between 1850 and 1900 (around the same time Zinfandel was planted and began to flourish in California). The strongman was not only an exhibitor of feats of strength but his main purpose was also to showcase his great size, boldness and symmetry--kind of describes old vine
Zinfandel doesn't it?
View all Hullabaloo Winery 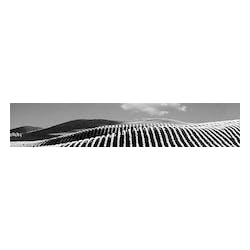