View Cart / Checkout
Loading... Loading cart
Total:
—
0
Cart
Delivery
Search
Menu
Home » Wine » White Wine » Chardonnay » Hyde de Villaine Chardonnay 2018
31%
OFF Sample Image Only
Hyde de Villaine Chardonnay 2018
$100.80 $69.95
Ship "12" Free when you mix or match a 12 bottle case! more...
Hyde de Villaine Chardonnay 2018 ships free when purchased by the 12 bottle case! — Fill a 12 bottle case with this item or any of our other eligible free shipping items, and that case ships for free! Note that there is no limit to the number of cases you can have shipped for free so long as they are filled with eligible "Ship 12 Free" items.
James Suckling 98
Opulent aromas of cooked apple, lemon rind, light praline and stone. Full-bodied with linear and lively acidity that runs through the wine. Energetic and bright with tightness and structure. Steely. James Suckling, August 2021

Vinous 94
Silky and creamy, with gorgeous texture, the Hyde shows all of the richness this site is known for yet retains terrific energy and verve as well. Bright floral and mineral accents perk up the pear, lemon confit  ... read more

Vinous 94
Silky and creamy, with gorgeous texture, the Hyde shows all of the richness this site is known for yet retains terrific energy and verve as well. Bright floral and mineral accents perk up the pear, lemon confit and light tropical fruit. Antonio Galloni, January 2021

Wine Spectator 93
Elegantly fruity, with tropical nuances to the rich white fruit and spice flavors that are well-structured. Tangerine hints midpalate lead to a spicy finish that offers brioche accents. Kim Marcus, May 2021

Tasting Notes
“Freshness and brightness take center stage in this precise, structured wine. Aromas of jasmine and lime blossom pair with Meyer lemon and green apple, which lead to hints of baking spices and toasted brioche. The palate bursts with vibrant acidity and mouthcoating textures, giving way to a lingering mineral-driven finish. The focus and tension of this wine promises aging for years to come.” — Guillame Boudet, Winemaker
About Hyde De Villaine
The Story 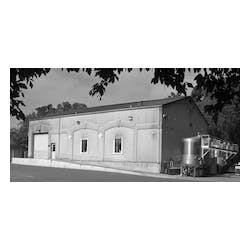