Item Sold Out
Notify me when this item is available
Wine Advocate 87
"The 2011 Petit Chenin Blanc has a light, simple and attractive bouquet with some lovely pine and mint notes emerging with aeration. The palate is medium-bodied with crisp acidity. There are hints of nectarine and dried apricot with plenty of waxy fruit towards the concise finish. For ten dollars – what more could you want? Drink now-2014."~NM

Wine Advocate 87
"The 2011 Petit Chenin Blanc has a light, simple and attractive bouquet with some lovely pine and mint notes emerging with aeration. The palate is medium-bodied with crisp acidity. There are hints of nectarine and dried apricot with plenty of waxy fruit towards the concise finish. For ten dollars – what more could you want? Drink now-2014."~NM 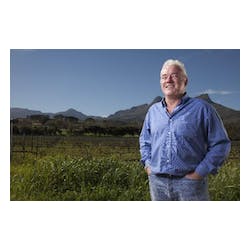