Item Sold Out
Notify me when this item is available
"This ridge-top vineyard looks to the coast in one direction and the Russian River Valley in the other. The Vineyard sits on layers of sandstone, granular sediments and some petrified wood and has been the source of the Kistler Vineyard Pinot Noir since 2006. A concentrated wine, with impressive energy to its red and black fruit flavors and subtle earth tones." ~ Winery notes
Item ID: #15656
Winery: Kistler Vineyards
Category: Pinot Noir
Size: 750mL (wine)
Closure: Cork
Other vintages
Share this item on FacebookFollow Empire Wine on TwitterFollow Empire Wine on Pinterest

"This ridge-top vineyard looks to the coast in one direction and the Russian River Valley in the other. The Vineyard sits on layers of sandstone, granular sediments and some petrified wood and has been the source of the Kistler Vineyard Pinot Noir since 2006. A concentrated wine, with impressive energy to its red and black fruit flavors and subtle earth tones." ~ Winery notes 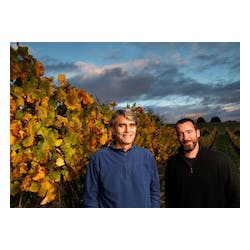