Item Sold Out
Notify me when this item is available
While this item isn't currently available:
"Knapp Dry Riesling, offers aromas of Tahitian lime and honeydew melon which is synchronized with a bright and fruitful essence. The texture reminds us of a juicy grapefruit and orange combination. It has a long and lingering finish which is sustained with a hint of minerality."
Item ID: #38635
Winery: Knapp Winery
Category: Riesling
Region: New York » Finger Lakes
Size: 750mL (wine)
Closure: Cork
Other vintages
Share this item on FacebookFollow Empire Wine on TwitterFollow Empire Wine on Pinterest

"Knapp Dry Riesling, offers aromas of Tahitian lime and honeydew melon which is synchronized with a bright and fruitful essence. The texture reminds us of a juicy grapefruit and orange combination. It has a long and lingering finish which is sustained with a hint of minerality." 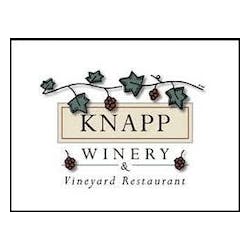