A stay of around seven years in Krugs cellars gives Krug Grande Cuve 170me
dition its distinct expression and elegance.

A stay of around seven years in Krugs cellars gives Krug Grande Cuve 170me
dition its distinct expression and elegance.

Aromas of flowers in bloom, ripe, dried and citrus fruits, as well as marzipan and gingerbread.

Decanter 96
A lovely ferny nose and breezy seaside raciness. Bright yellow fruit on entry, a flicker of preserved lemon and cooked quince adding vibrancy. Then comes the Krug richness which spreads over the palate. The balance hovers tantalisingly between tactile precision and soft warm fruit and the finish reveals layers of cinnamon-tinctured blancmange, and the creaminess goes on. Rich but light on its feet. A definite buy and a keeper. The 2014 base harvest was hit by sour rot and mildew in mid-summer. Intense selection meant Krug had to reduce the amount of Meunier to half its Grande Cuve average, and reserve wines (representing 45% of the final wine) back to 1998 buttress the balance and complexity; a triumph of blending. It also relies heavily on 2013 to add life and structure. Main harvest: 2014. 45% reserves. Aged for six years on lees. Disgorged: Spring 2021.

James Suckling 96
Striking citrus focus here, with intense yellow citrus aromas, such as lemon and grapefruit, as well as flinty notes, wet stones and dried flowers, such as chamomile. Just the beginnings of more savory character, in the form of toast, cocoa powder and grilled nuts. The palate has a very taut, youthful and unevolved feel, showing elevated acidity and verticality as a central feature, around which the body and depth has been assembled. 55% 2014 harvest. 51% pinot noir 38% chardonnay and just 11% meunier in this edition. Best from 2024.

Robert Parker's Wine Advocate 95
Krug's NV Grande Cuve 170me dition is based on the 2014 vintage, complemented by some 45% reserve wines dating back to 1998, with the house drawing on, among many others, 2013 for structure and 2012 and 2003 for generosity. Opening in the glass with aromas of pastry cream, dried fruits, pear, warm spices, freshly baked bread and vanilla pod, it's medium to full-bodied, pillowy and fine-boned, with excellent concentration, racy acids and a precise, chiseled profile. But if the latter adjective could be applied to the 2013-base 169me dition equally felicitously, the 2014-base 170me is more giving and less tightly wound out of the gates and will offer more demonstrative drinking young.

View all from Krug 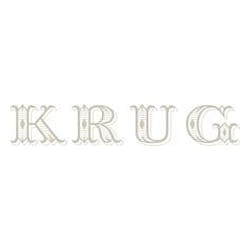 Krug Champagne is a Champagne house founded by Joseph Krug in 1843. It is based principally in Reims, the main city in France's Champagne region and is one of the famous Champagne houses that formed part of the Grande Marques. Today the house is majority owned by the multinational conglomerate LVMH Moët Hennessy • Louis Vuitton S.A. whose portfolio includes other well known wine brands such as Moët & Chandon, Veuve Clicquot, Château d'Yquem and Ruinart. Despite LVMH's majority ownership, the Krug family is still actively involved in all the key decisions of the house but does not manage the day-to-day operations.[1]

"Best champagne! I enjoy treating myself to these bubbles! Great bottle."