Jean Pierre Perrin established La Vieille Ferme over 35 years ago, when he chose to produce an inexpensive, straightforward Rhne wine to sell by direct mail to French wine lovers. He used the same grape varieties in similar proportions to those planted at the family's Chteau de Beaucastel, in a similar vinification process. The result was an immediate success in France, a wine of character and style in keeping with its Beaucastel heritage.
Initially, Jean Pierre made only Ctes du Rhne, but steeply rising grape prices in 1976 caused him to switch to Ctes du Ventoux and eventually to produce a white wine from the mountainous Ctes du Luberon. La Vieille Ferme was introduced to the United States in 1970. The response was an immediate, overwhelming acceptance and an outpouring of critical acclaim from eminently knowledgeable critics who recognized La Vieille Ferme for its consistently fine quality and value.-Winery Notes
About La Vieille Ferme
La Vieille Ferme has been popular with wine lovers for over 40 years. Produced in a peaceful and sunny region of the Southern Rhône, each colour is an expression of its terroir: the Ventoux brings elegance and structure to the red and rosé wines; the altitude of the Luberon brings freshness and finesse to the whites. La Vieille Ferme is made with great care and integrity by Famille Perrin, proprietors of Chateau de Beaucastel. Top wine critics around the world have praised the producers of this wine for its irreproachable quality, which has achieved international recognition.
La Vieille Ferme is ideal for
View all La Vieille Ferme 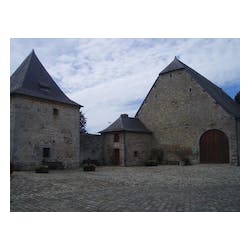