Item Sold Out
Notify me when this item is available
Wine Advocate 94
"The 2008 Cabernet Sauvignon is a bigger, more structured wine. Dense, layered, and with a suave personality, it will continue to blossom for another 5-6 years and should see its 20th birthday in fine form."

Wine Advocate 94
"The 2008 Cabernet Sauvignon is a bigger, more structured wine. Dense, layered, and with a suave personality, it will continue to blossom for another 5-6 years and should see its 20th birthday in fine form."

View all from Leonetti Cellars 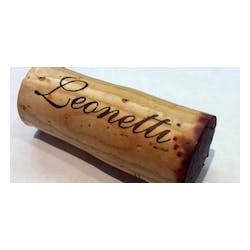 Founded by Gary and Nancy Figgins, in 1977 Leonetti Cellar (named for Gary's grandparents) became the first bonded winery in Walla Walla. Almost immediately their exceptional wines set the standard for Washington and over the past three decades they have vigorously worked to maintain that excellence.

Using only estate fruit they produce four wines: Merlot, Sangiovese, Cabernet Sauvignon, and a Reserve blend. The wines are bold and expressive but also balanced and structured. Although delicious on release, the wines age beautifully. All of the wines are aged in a mix of old and new French oak for 15-22 months and total production is around 5500 cases.

In 2001 Chris Figgins assumed the role of head winemaker and, following Gary's retirement in 2011, now runs the entire estate. He won't be changing things, however, Leonetti remains strongly rooted in family tradition and the goal hasn't changed in all these years, simply to produce the greatest wines they possibly can.