View Cart / Checkout
Loading... Loading cart
Total:
—
0
Cart
Delivery
Search
Menu
Home » Wine » Red Wine » Spanish Red » Locations E-7 by Dave Phinney Spanish Red 2017
17%
OFF Sample Image Only
Locations E-7 by Dave Phinney Spanish Red 2017
$19.20 $15.95
"The interplay of provenance, artistry, freedom, and creativity is what inspires us at Locations. With the Iberian Peninsula serving as a backdrop, this fertile ground allowed us to incorporate these attributes into the fourth release of our Spanish offering. Much like generations of craftsmen before us, we were intent to capture the nobility of Spain through its geographic diversity. Fruit with Mediterranean and Continental influences was sourced from five regions in particular: Priorat, Jumilla, Toro,  ... read more

James Suckling 92
"Aromas of sweet strawberries with citrus and floral undertones, as well as blueberries and hot stones. Full-bodied with chewy tannins and a flavorful, lightly austere finish. This shows tone and texture. A blend of garnacha, tempranillo, monastrell and carinena." ~ James Suckling
About Orin Swift Wines
"The wines of Dave Phinney capture the imagination in a way unlike almost any we know of in today's competitive wine market. They are unapologetically full-flavored and intense, yet with a backbone of structure that beautifully holds it all in place. Department 66 is a passion project of Dave's born out of an inspiring visit to the village of Maury in the Rousillon, which falls within France's 66th department. Dave discovered, in his words, "perhaps the most amazing confluence of vineyards I've ever been exposed to." He spent days driving around with his jaw agape, stunned by the raw beauty of this truly unique place. The terrain is dominated by black schist with small deposits of Granite and Limestone in red rocky soils known as Angile. From it, Dave Phinney and his crew craft three wines: the dark and concentrated D66 made of Grenache, Syrah and Carignan; the aromatic, opulent and layered Fragile Rosé; and a new release known as Others, which is a rich, intense wine that introduces old vine Mourvedre to the blend of Grenache, Syrah and Carignan. In recent years, Dave has built a winery in Maury and ammassed over 300 acres of vineyards, many of which are 60-100 years in vine age. Maury is not a second home to the Phinney family, but rather their "other home" as its place in their hearts and minds is second to none."
View all Orin Swift Wines 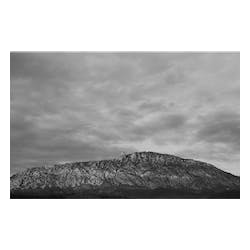