Ship "12" Free when you mix or match a 12 bottle case! more...
Lopez de Heredia 'Cubillo' Crianza 2013 ships free when purchased by the 12 bottle case! — Fill a 12 bottle case with this item or any of our other 400+ eligible free shipping items and that case ships for free! Note that there is no limit to the number of cases you can have shipped for free so long as they are filled with eligible "Ship 12 Free" items.
James Suckling 93
"Enticing aromas of blackberries, leather and cedar with some dried flowers follow through to a medium to full body with firm tannins and a fresh, citrusy finish. Very traditional and real. Drink now." ~ JS

Via Cubillo wines come from the vineyard called Via Cubillas, some 4 kilometers away from the bodega. Historically these wines were called "Special Harvest". Vina Cubillas has an altitude of 410 meters, and the vines have an average age ... read more

James Suckling 93
"Enticing aromas of blackberries, leather and cedar with some dried flowers follow through to a medium to full body with firm tannins and a fresh, citrusy finish. Very traditional and real. Drink now." ~ JS

Via Cubillo wines come from the vineyard called Via Cubillas, some 4 kilometers away from the bodega. Historically these wines were called "Special Harvest". Vina Cubillas has an altitude of 410 meters, and the vines have an average age of 40 years. The soil is from the tertiary age and is a mixture of clay and limestone. Via Cubillas covers 24 hectares, of which 16 hectares are under Tempranillo, 4 hectares of Garnacha, 2 hectares of Mazuelo and 2 hectares of Graciano.

With parcels called "La Encina" and "La Monja", Via Cubillas is a vineyard that produces exceptional wines sold as Crianza. These wines could be easily be marketed as Gran Reservas due to the exceptional combination of soil, aspect and vines. 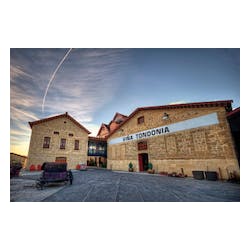