The color is a dark ruby-red with crimson shades. The aroma is fresh and intense with clean scents of wild berries and spices. Clear but perfectly blended the wooden note. The flavor is warm and robust, pleasant, good body and harmonic. This Barbera's sensory attributes make it an outstanding accompaniment for imposing first courses and main-course, meats boiled or roasted." ~ Winery Notes
About Marchesi di Barolo
The Marchesi di Barolo estate encompasses approximately 430 acres of vineyards in the Langhe, some of the finest in Piedmont, including the prestigious Cannubi cru. The cellars are located in the village of Barolo, overlooking the Renaissance castle of the Marchesi Falletti di Barolo.

Today, Marchesi di Barolo remains a family business. Since 2006, the estate has been under the direction of Pietro's great-grandson and fifth-generation winemaker, Ernesto Abbona and his wife Anna, who have inherited a longstanding winemaking tradition and a love of the vineyards and its wines.
View all Marchesi di Barolo 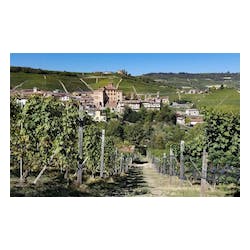 No questions posted yet about this item.
private review
Posted bycustomer on Nov 20, 2015Verified Purchase
Subscribe to our newsletter!