Item Sold Out
Notify me when this item is available
While this item isn't currently available:
Wine Enthusiast 88
A blend of Sangiovese and 10% Merlot, this has pretty aromas of woodland berry, blue flower and baking spice. Fresh and savory, the easygoing palate delivers juicy black cherry, cocoa and star anise framed in supple tannins.

Chianti Castiglioni 2019 is an intensely fruity wine. It has a bright ruby-red colour with tinges of purple. The bouquet is rich with aromas of cherry, blackberry and wild strawberry followed by elegant Mediterranean scents. On the ... read more

Chianti Castiglioni 2019 is an intensely fruity wine. It has a bright ruby-red colour with tinges of purple. The bouquet is rich with aromas of cherry, blackberry and wild strawberry followed by elegant Mediterranean scents. On the palate, its soft, elegant and vibrant taste is immediately apparent. The finish is intensely and pleasantly aromatic.
Pair with full-flavored dishes such as pappardelle pasta in a meat sauce, as well as roast chicken, sauteed beef with vegetables, and medium-aged cheeses. 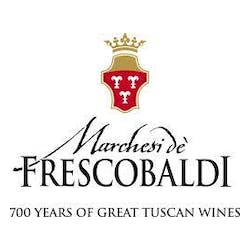