$56.95
Vinous Media 93
"The 2018 Cabernet Sauvignon Uproar is a total knock-out. Inky dark fruit, chocolate, spice, licorice and espresso infuse this unctuous, flamboyant wine with tremendous depth. Readers who enjoy Mark Herold's wines will flip out over the Uproar, which also happens to be a great value. The Uproad is a blend of fruit from Coombsville, Atlas Peak and Oakville. It is tempting to think of Uproar as a second wine, but that would be ... read more

Vinous Media 93
"The 2018 Cabernet Sauvignon Uproar is a total knock-out. Inky dark fruit, chocolate, spice, licorice and espresso infuse this unctuous, flamboyant wine with tremendous depth. Readers who enjoy Mark Herold's wines will flip out over the Uproar, which also happens to be a great value. The Uproad is a blend of fruit from Coombsville, Atlas Peak and Oakville. It is tempting to think of Uproar as a second wine, but that would be selling it short, as it is better than many estates' top wine." ~A.G.


Winemaker Notes:
The 2018 Uproar is 100% Cabernet Sauvignon from multiple viticultural areas within Napa Valley. This wine exudes a powerful first impression with a deeply layered aromatic avalanche of brooding, head-spinning notes of ripe blackberry purée, cranberries, raspberry liqueur, black currants in cream, crushed rock and mocha. Subtler aromas of graphite, suede leather, sage brush, and dried orange peel add yet more dimension and complexity. The Uproar is opulent, soft, lush and pure decadence with an extreme sense of power and balance. Mouth-filling savory black and red fruits dominate and further complemented by silky tannins and a satisfyingly lengthy finish. This hedonistic wine is delicious now and over the next 10+ years.

View all from Mark Herold 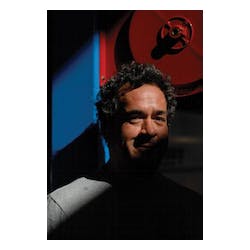 Mark found his curiosity for wine through his love for food and cooking during his teenage years. Initially planning to study culinary arts in Paris, Mark eventually decided on a domestic education. Having many interests and many declared majors, it took him eight years to complete his under-graduate studies- yet collecting wine all along. Deciding to advance his education, he completed his academic career at the University of Davis with a Ph.D. in Ecology emphasizing nutritional bio-chemistry.

While at UC Davis, his curiosity for wine was nurtured by a fellow wine enthusiast, who happened to be his bio-chemistry professor and owned his own winery in the Sierra Foothills. It took one volunteer harvest for Mark to become completely enthralled with the process. Mark's ever-present thirst for knowledge led him down a career path as a winemaker; combining both his love of science and art.

Mark started his first venture into the wine world at Joseph Phelps Vineyards as the Research Enologist. Here Mark was able to bridge the scientific method with practices in winemaking in order to determine which procedures really make the best expressions of wine quality and seamless oak integration.

Mark's enthusiasm for making wine took on a life of its own leading to the creation of Merus in 1998; his personal Cabernet label. Being made in his home garage in downtown Napa, this project was a labor of love. After selling Merus, Mark continues his quest for making delicious, balanced, age-worthy wines here at MHW.

Mark is a Taurus and his favorite food is Sushi. You will find him most often in his kitchen at home, cooking for family and friends, drinking cider.