Dominio de Valdepusa has been in the noble family of Carlos Falcó Fernandez de Córdova, the Marquis of Griñon, since 1292. Referred to as the father of Spanish wine, Falcó pioneered the modernization of vine growing and winemaking in Spain. Falcó graduated from the University of California Davis with a degree in viticulture and oenology in 1964. He returned home and began making wine, all the while pushing the boundaries of winemaking as set by Francoist Spain. In 1974, he introduced the Cabernet Sauvignon and Merlot grape varieties as well as drip irrigation and night harvesting.
View all Marques De Grinon 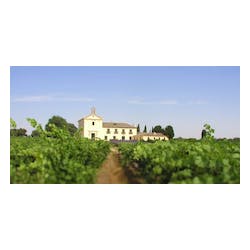