View Cart / Checkout
Loading... Loading cart
Total:
—
0
Cart
Delivery
Search
Menu
Home » Wine » Red Wine » Beaujolais » Michel Tete 'Cuvee Tradition' Julienas 2015
Sample Image Only
Michel Tete 'Cuvee Tradition' Julienas 2015
Wine Advocate 90
"The 2015 Julienas Tradition, which underwent a 10- to 12-day semi-carbonic maceration, has a well defined, dark cherry and raspberry-scented bouquet with subtle undergrowth notes developing with aeration. The palate is very well balanced with supple tannin, the acidity well judged, smooth and caressing in the mouth with a long finish. There is just a little reduction here so give this 6 months in bottle and you will have a very delicious and  ... read more
Item Sold Out

About:
From a selection of vines on coteaux du Mont Bessay, it exhibits the specific characteristics of a Burgundian winemaking. It has been aged 24 months in barrels before bottling to obtain the right mellowness and great ageing potential.
Michel Tête works the old-fashioned way. As a winemaker, he follows quasi-Burgundian techniques for his Beaujolais-Villages and Juliénas, with a semi-carbonic maceration where the cap of skins is kept submerged in the juice, and remontages break it several times a day. Tête’s wines are fleshy and generous, have intense color, lively berry aromas, and notes of black pepper.
About Michel Tete
Domaine du Clos du Fief is run by our friend Michel Tête, with his son Sylvain working alongside. This is a rare 4th generation Cru estate in Juliénas and Julie, based at the far Northwest sector of Beaujolais. The history of these great villages dates back more than 2,000 years and trace their names to Julius Caesar. Vines were grown on the high altitude hillsides of Juliénas and Jullié (a granite rich Beaujolais-Villages Cru that mimics its more famous neighbor) in the Gallo-Roman period. Michel took over this history-rich land after studying in Beaune, where he learned many techniques that he now uses on his own wines to great acclaim. Michel harkens his wines back to the classics: low yields, meticulously farmed vineyards, and classic winemaking resulting in serious and mouthwatering examples of terroir driven reds.
View all Michel Tete 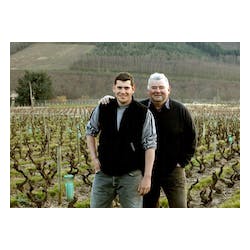 No questions posted yet about this item.
Not great
"Thin. I cannot explain some of the better reviews. This just wasn't very good to me."
Posted byJim on May 1, 2017Verified Purchase
Subscribe to our newsletter!