Item Sold Out
Notify me when this item is available
While this item isn't currently available:
Wine Spectator 90
"This is smooth, velvety and appealing for its juicy blackberry and cherry flavors, zinging through the lively, wet earth-tinged finish. best from 2013 through 2018."

"In 2010, McLaren Vale experienced a mild growing season with ideal conditions for budburst and flowering. Most inland regions had a reduction in set due to a burst of heat in November however in McLaren Vale, due to it’s proximity to the ocean, the effects were nullified. Good early ... read more
Item ID: #12885
Winery: Mitolo
Category: Shiraz / Syrah
Size: 750mL (wine)
Closure: Cork
Other vintages
Share this item on FacebookFollow Empire Wine on TwitterFollow Empire Wine on Pinterest

Wine Spectator 90
"This is smooth, velvety and appealing for its juicy blackberry and cherry flavors, zinging through the lively, wet earth-tinged finish. best from 2013 through 2018."

"In 2010, McLaren Vale experienced a mild growing season with ideal conditions for budburst and flowering. Most inland regions had a reduction in set due to a burst of heat in November however in McLaren Vale, due to it’s proximity to the ocean, the effects were nullified. Good early season rainfall contributed to the already rejuvenated water table and the fruit ripened evenly without any heat stress. Cool nights and mild days allowed good acid maintenance, keeping the fruit bright and flavoursome but above all, balanced.
The fruit was fermented on skins at cool temperatures in order to capture and enhance the bright, pure berry fruit. The wine was then pressed and underwent partial barrel fermentation with natural malolactic fermentation occurring prior to the wine being racked."~Winery notes

View all from Mitolo 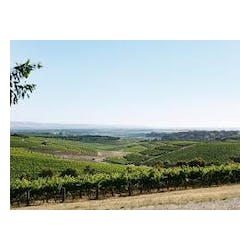 In a short period of time Mitolo has become recognized as one of the finest producers in McLaren Vale. Mitolo is a family owned business, started and led by the founder and owner Frank Mitolo. Frank's vision is to create a range of wines of individuality, integrity and utmost quality. Whether it is in the vineyard, or in the winery, or the work of the different coopers who source and shape the diverse barrels which are used at Mitolo, each wine is nurtured and developed with a zealous passion that spares no effort to ensure that the best of everything is brought together to make wines of purity, elegance and power.

Italian family roots inspired Frank's early interest and enthusiasm for good food and great wine. With three earlier generations of his family working as agriculturists and entrepreneurs, it is not surprising that (while heading an international horticultural business), Frank found the energy and passion to pursue his dream of creating world-class wines. The business was established in 1999 and a year later the first Mitolo wine was launched. It was called G.A.M.; named after Frank's three children and the next generation of Mitolo's, Gemma, Alexander and Marco.

Renowned winemaker Ben Glaetzer is a partner in the business and the combination of his winemaking skills and Frank's vision have led Mitolo to international recognition and acclaim. What started out as a dream is becoming an exciting reality, and Mitolo Wines has only just begun on its journey.