The Wine
100 Sangiovese from Mocalis oldest vines (31 years old)
Sourced from rich, mineral soils produce this single cru bottling
Fermentation in large French oak vats
Aged one year in tonneaux, plus by 24 months in smaller oak barrels before resting in bottle for 7 months

The Estate
Before the town of Montalcino achieved the fame by which we now know it, a small group of 25 vignerons banded together to form a consortium that would eventually become an international symbol of the high quality of Tuscan (and Italian) wine. Dino Ciacci, the founder of the Mocali estate, was one of these 25 vignerons who, in 1967, founded the Corsorzio del Vino Brunello di Montalcino. The consorzio now boasts over 200 producers, but the original members share a special honor: they believed in the terroir of Montalcino well before the rest of the world caught on. At the time, and like other estates in Montalcino, the Mocali farm grew grapes alongside grain, as well as having sheep to make cheese and olive groves for the production of oil. The farm remained diversified like this into the 1980s. But in 1985, a terrible frost decimated the population of olive trees in Italy, hitting hard in Montalcino. Tiziano Ciacci, Dinos grandson, was just married to Alessandra Mililotti and looking to start his career. While his father and grandfather had only grown grapes for sale and made simple wine for local consumption, Tiziano and Alessandra set their sights on bottling their own wine. Rather than replant the olive groves, they would replace them with vineyards for the production of Brunello.

The first vintage of Mocali Brunello was 1990 quite an auspicious start! Back then, average production was just 500 cases, but today, Tiziano and Alessandra farm 20 hectares in Montalcino and make about 5000 cases of Brunello. In 2000, the couple replenished their olive groves with a purchase just outside Montalcino in Monticello Amiata. And in 2001, they bought 20 hectares of land in the Maremma, in Magliano in Toscana. Here they produce a delicious Morellino di Scansano and also have an olive grove. Despite their growth, the estate is still family-run. Tiziano and Alessandras daughter, Pamela, has recently joined the business, and together they oversee all aspects of production.

Mocali has always followed a traditional style of winemaking, aging their Brunello classico in only large French and Slavonian oak casks, and the wine has found a following far beyond the borders of Italy. In 1996, looking to expand upon their enormous success at Mocali, they resurrected what had been a neighboring farm and started production of the Poggio Nardone label. Poggio Nardone became an outlet for a more modern expression of Brunello: whereas the Mocali wines age exclusively in large oak cask, Poggio Nardone Brunello ages in 500 liter casks, about 1/4 of which are renewed each year.
About Mocali
The Mocali estate, acquired by the Ciacci family (distant relations to Ciacci Piccolomini) in the 1950s, is a setting of natural Tuscan beauty where vineyards and olive groves alternate with oak and pine forests. This harmony of man and nature comes through in the delicious, ripe and balanced wines produced here, available at prices that are incredibly low when compared to those of the more established producers of Montalcino. The wines are particularly approachable when young, well-structured with ample body and an elegant, minerally character distinct to this growing area.

Situated to the southwest of Montalcino at an altitude of 300-350 meters above sea-level on the slopes facing Castiglione del Bosco, the Mocali estate is comprised of 32 hectares, 6 of which are specialized vineyards (5 Hectares of Sangiovese grosso), and 4 dedicated to olive groves. As over half of the estate is covered by a vegetation characteristic to the hill on which Montalcino stands, the vineyards and olive groves alternate with a landscape of woodland of ilex, oak and arbutus. The soil is rendered highly mineral; salt owing to the presence of marl and limestone. Not being overly large, the Mocali estate lies under family management with the consultation of an expert oenologist. 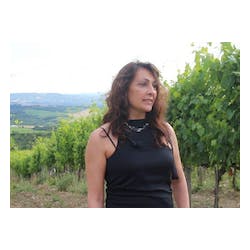