$38.95
4.5 of 5 (2 reviews)
Wine Enthusiast 95
Delicately whiffs of sun-scorched sage and thyme lend a sultry flair to ripe, lush black cherry and berry. A blend of primarily Grenache, Syrah and Mourvdre matured in a small proportion of new oak, it's an intensely ripe, powerful red anchored by fresh mineral tones and firm, structured tannins. At peak now2030 but likely to hold further still.

Wine Enthusiast 95
Delicately whiffs of sun-scorched sage and thyme lend a sultry flair to ripe, lush black cherry and berry. A blend of primarily Grenache, Syrah and Mourvdre matured in a small proportion of new oak, it's an intensely ripe, powerful red anchored by fresh mineral tones and firm, structured tannins. At peak now2030 but likely to hold further still.

Jeb Dunnuck 94
I loved the 2017 Chteauneuf Du Pape from barrel last year, and it didnt disappoint from bottle. Revealing a deeper ruby/purple color as well as a killer bouquet of crme de cassis, ground pepper, candied violets, garrigue, and a touch of graphite, it hits the palate with medium to full-bodied richness, a rich, concentrated, structured mouthfeel, and a great finish. It needs 2-4 years of bottle age and will evolve nicely for 15-20 years or more. 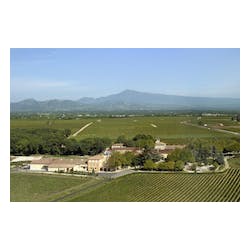 The Best Chateauneuf du Pape I have tried

"This luxurious Chateauneuf du Pape is, to my taste, the perfect red. Rich , warm and welcoming. I would be delighted to sit in front of a fire drinking this great red while enjoying a Mozart symphony and reading Henry the Fifth. A collection of my favorite things. A friend who has lived in Paris said this wine was "Baby Jesus in velvet pants".It sounds better in French.The English translation sounds odd but it expresses the wonderful feelings of joy and celebration that this Chateauneuf brings to ones palet. Try this wine and you will do just what I did. Stock up on this treasure of the vintners art. You could serve this with a standing rib, a goose, a duck , in fact it would make any food a special feast. Or on it's own with a wonderful Stilton. Indulge yourself and try this Chateauneuf du Pape."

Empire customer on Jan 15, 2022  [Verified Purchase]
Scroll to the top of this page