View Cart / Checkout
Loading... Loading cart
Total:
—
0
Cart
Delivery
Search
Menu
Home » Wine » Red Wine » Italian Red » Montevetrano Colli di Salerno IGT 2017
30%
OFF Sample Image Only
Montevetrano Colli di Salerno IGT 2017
$57.01 $39.95
Ship "12" Free when you mix or match a 12 bottle case! more...
Montevetrano Colli di Salerno IGT 2017 ships free when purchased by the 12 bottle case! — Fill a 12 bottle case with this item or any of our other eligible free shipping items, and that case ships for free! Note that there is no limit to the number of cases you can have shipped for free so long as they are filled with eligible "Ship 12 Free" items.
James Suckling 96
"Aromas and flavors of blackberries and blueberries with licorice and black-pepper. Medium to full body. Chewy, yet refined and balance. Another two or three years of bottle age would bring it more together. Try after 2021 to soften."

Montevetrano is a small zone in the hills near the commune of San Cipriano Picentino, not far from Salerno. Mountains surround the property, with the vineyards situated on gentle slopes facing south by southwest. The heart of the estate is a beautiful, ancient villa. In the first years of production the basement of the villa also served as the cellar. Now the wine is made and stored in a new modern cellar, built in 2000. Silvia and her friends use the old cellar for private vintages. Within a very short period of time her work with Cotarella has produced an absolute jewel in this location.
View all Montevetrano 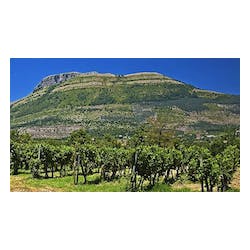