Item Sold Out
Notify me when this item is available
While this item isn't currently available:
Wine Enthusiast 91
Despite a tough vintage, this wine is showing all of the hallmarks of classic Marlborough Sauvignon. Aromas and flavors of snow peas, tropical and citrus fruits and touches of salty oyster shell are ensconced in a creamy texture and deftly balanced by citrusy acidity.~CP

Wine Enthusiast 91
Despite a tough vintage, this wine is showing all of the hallmarks of classic Marlborough Sauvignon. Aromas and flavors of snow peas, tropical and citrus fruits and touches of salty oyster shell are ensconced in a creamy texture and deftly balanced by citrusy acidity.~CP

View all from Nobilo Wines 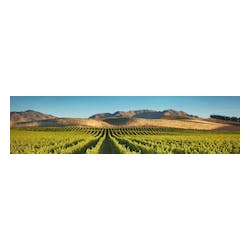 In 1936 when war threatened their native Croatia, Nikola and Zuva Nobilo decided to start over and move to New Zealand, a country nearly halfway around the world. When they boarded a ship to begin their long passage, they left behind nearly everything they owned. With one exception. They brought with them more than 300 years of winemaking tradition.

As it turns out, that tradition coupled with hard work was everything they needed to succeed in their new homeland. In 1943, they planted some of New Zealand's first commercial vines at Huapai, west of Auckland.

It wasn't easy at first. Laws didn't favor the wine industry, and New Zealanders didn't drink wine with meals the way Europeans did. Nikola stuck to it, making all his equipment by hand and supporting his family by farming. He also successfully lobbied the government to change the country's liquor laws to allow wine to be served with food in restaurants.

By the 1970s, Nikola was a successful winemaker who helped lead the move from hybrid grapes to Sauvignon Blanc and Pinot Noir. He also worked on developing new winegrowing regions-most notably Marlborough. In 1994, Nikola was awarded an Order of the British Empire medal for his contribution to the New Zealand wine industry.

From Marlborough, Hawkes Bay, Gisborne and beyond, Nobilo vineyards span New Zealand. Care has been taken to plant vines in the most welcoming spots--valleys with ample sunlight, rolling hills with ideal soil characteristics--ensuring grapes benefit from the best that these wine-growing regions have to offer.