Marsala since 1880, 6 generations of family-owned and operated vineyards. Amber in color with toffee, nutty aromas. On the palate this wine is rich and smooth with intense dry fruit flavors. Can be enjoyed at room  ... read more

Marsala since 1880, 6 generations of family-owned and operated vineyards. Amber in color with toffee, nutty aromas. On the palate this wine is rich and smooth with intense dry fruit flavors. Can be enjoyed at room temperature as an aperitif or well chilled as an accompaniment to parmesan, prosciutto or pizza. ~winery notes

Decanter 4 Stars
HIGHLY RECOMMENDED
Sicilian fortified desser wien aged in oak casks. Complex nose, coffee with molasses sugar. Lots of character on the palate, concentrated figs and coffee flavors, well balanced with a very long finish.
About Cantine Pellegrino
In 1880, Cantine Pellegrino was established by Paolo Pellegrino, a wine grower in Marsala, located on the northwest coast of Sicily. Today, this family-owned company is the region's leader, with over 300 hectares of vineyards and a range of Marsala DOC, Pantelleria Passito and Moscato wines. Wine has been made here for thousands of years, yet the British bolstered the success of Marsala as a wine capital. Instrumental in developing fortified wines from Portugal's Oporto and Spain's Jerez, the firm sought similar products elsewhere. In 1773, English trader John Woodhouse stopped in Marsala and was charmed by the local wine. Thus began the production of the fortified wine, Marsala. All Pellegrino wines are produced with indigenous grapes brought by the earliest settlers and which are rarely seen in other regions. This area's low rainfall, hot temperatures and dry winds make chemical treatments unnecessary.
View all Cantine Pellegrino 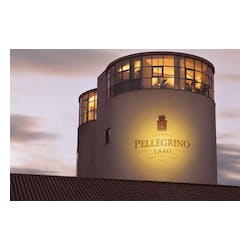 No questions posted yet about this item.
Not as good as Florio
"I know this Marsala comes from the same place as Florio. Maybe it's even from the same producer of another label. But this one seems to just lack the same earthy flavor I have always enjoyed from the Florio lablel."
Posted byWilliam on Nov 4, 2021Verified Purchase
Subscribe to our newsletter!