Ship "12" Free when you mix or match a 12 bottle case! more...
Quinta do Noval 'Black' Porto NV ships free when purchased by the 12 bottle case! — Fill a 12 bottle case with this item or any of our other 400+ eligible free shipping items and that case ships for free! Note that there is no limit to the number of cases you can have shipped for free so long as they are filled with eligible "Ship 12 Free" items.
Wine Advocate 90
The NV Black Ruby Reserve Porto is mostly Tinta Roriz, Touriga Franca and Tinto Co aged in an equal mixture of oak and stainless steel. It comes in with 100 grams of residual sugar per liter. This has many fine attributes, but the most important is that it seems very much like Noval. Laced with an invigorating eucalyptus/cistus aromatic, it is always elegant in the mid-palate yet somehow still solid, something I ... read more
Item ID: #9386
Winery: Quinta do Noval
Location at store:15c
Category: Port, Madeira & Sherry
Region: Portugal » Oporto
Size: 750mL (wine)
Closure: Cork
Alcohol by vol: 19.5%
Share this item on FacebookFollow Empire Wine on TwitterFollow Empire Wine on Pinterest

Wine Advocate 90
The NV Black Ruby Reserve Porto is mostly Tinta Roriz, Touriga Franca and Tinto Co aged in an equal mixture of oak and stainless steel. It comes in with 100 grams of residual sugar per liter. This has many fine attributes, but the most important is that it seems very much like Noval. Laced with an invigorating eucalyptus/cistus aromatic, it is always elegant in the mid-palate yet somehow still solid, something I find Noval does very well. It was one of the relatively few in this report that actually seemed better two days later (and most of the others were unfiltered). There is plenty of finesse and lift to the fruit. It is pointed, ripe and chock full of flavor while still showing off some power and structure. This was, in fact, a bit tight on opening. One of the more distinctive Reserves (in part, thanks to the aromatics), this is very well done at a good price point. It became one of my favorites. It is lovely and exceeds expectations, so I'm leaning up on this a bit. It should still be drunk young, as it won't reward aging.

Wine & Spirits 91
"Christian Seely recently introduced this wine in New York as a rethinking of the super-premium, multivintage Porto style. Black replaces LB, Noval's former entry in this range, and uses top-quality fruit to create a soft, accommodating texture. The aromas are purple-black while the flavors are pure black cherry. Acidity spices it up and adds to the juiciness of the finish. It?s plump in the middle and supple all the way through, ending on fruit-skin tannin and a touch of chocolate from oak. At the level of many of the region?s best LBVs, this wine may become a staple for a new generation of Port drinkers." 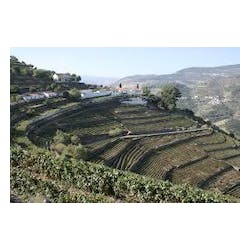 Your Majesty, there is no second

"My wife and I love port and over the years have tried all the big names. For us, there is only Quinta do Noval. Their ports have depth, richness, complexity, character, and pure pleasingness far beyond those of any other maker. While their vintage ports are deeply delightful, their Black nonvintage is so good you may not need to go fancier. Try it!"

Leonardlaub on Mar 15, 2022  [Verified Purchase]
Scroll to the top of this page