“Vintners Blend Petite Sirah showcases one of California's original varietals. It has violet, plum, and chocolate on the nose--candied apple, dark cherry, and a luscious creaminess coat the palate. Ravenswood Petite Sirah is delicious for everyday drinking and an exceptional value.” 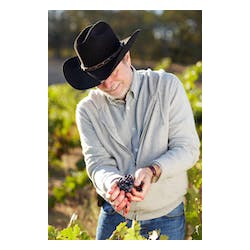 The big Surprise according to the price, this is a great bargain at a great price.

"I'm learning to appreciate different wines from the USA, and I'm loving it."