Winery: Regis Minet
Category: Loire White
Size: 750mL (wine)
Alcohol by vol: 14.2%
Closure: Cork
Item ID: #42496
Region: France » Upper Loire
Other Similar Items
$26.95 JS 93
Pascal Jolivet Blanc Fume 2018
$20.95 WE 90
Domaine de LErmitage Menetou-Salon White 2020
$16.95
Pascal Jolivet 'Attitude' Sauvignon Blanc 2021
$16.95
Domaine du Salvard Cheverny Blanc 2021
$12.95
Domaine Saint Roch Sauvignon Blanc 2021
$12.95
Hugel Gentil Alsace Blend 2020
$18.95
Domaine de Chevilly Quincy Cuvee Zoe 2021
$20.95
Chateau d'Epire Savennieres 2021
$18.95
Cailbourdin 'Les Racines' Pouilly-Fume 2020
$19.95
La Craie Pouilly-Fume 2021
$29.95 D 98
Shaw & Smith Shiraz 2019
$13.95 D 97
Matilda Nieves Mencia 2020
Information
Questions
Size / Vintage Options
Reviews
Item Description
A perfect balance between classic Sauvignon Blanc fruit and a gorgeous minerality that brings the terroir straight to your glass. The
luscious feel over your tongue is contrasted by a lively, flinty acidity on the finish.
About Regis Minet
One could easily consider Régis Minet the Loire Valley's answer to an action hero. He may play it cool on the outside, but at closer look, one sees a man of brooding intensity on an insatiable quest for adventure. It may just be in the blood. His grandfather, Robert Minet, was an artisan tonnelier, or barrel-maker. At the beginning of the last century, Robert kept a mere three hectares of vines in the eastern Loire town of Pouilly-sur-Loire--just enough to make the family's wine. He, too, was very independent, living autonomously off his own livestock and fresh vegetables from his farm. When he passed away in 1976, Régis left his studies to continue the work of the domaine without giving it a second thought. Since then, he has made this tiny farm a full-time domaine, and has succeeded in adding an additional eight hectares of vineyards to the holdings. It is certain that his love of his native terroir translates into his wines, although one sees it in many other aspects of his character as well. Watching him fervently serve a plate of crottins de chevre to guests, seeing his latest fossilized finds after a day of diving into the bottom of the Loire River, or watching him tinker with his motorcycle after an epic ride is proof enough that Régis shares both his grandfather's rogue-ishness and love of the land.
View all Regis Minet 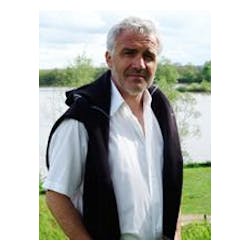