Item Sold Out
Notify me when this item is available
Neal Martin 93-95
"One of the standout wines whilst visiting the Rhone Valley, even though at the moment the nose is more taciturn than the Landonne. No worries, a few swirls and you get an idea of the intense black fruits, undergrowth and leather, all with great definition. The palate is full-bodied with exquisite balance, burly black fruits, touches of dark chocolate and Provencal herbs with hints of thyme and fennel, good grip on the finish. ... read more

Neal Martin 93-95
"One of the standout wines whilst visiting the Rhone Valley, even though at the moment the nose is more taciturn than the Landonne. No worries, a few swirls and you get an idea of the intense black fruits, undergrowth and leather, all with great definition. The palate is full-bodied with exquisite balance, burly black fruits, touches of dark chocolate and Provencal herbs with hints of thyme and fennel, good grip on the finish. Very natural and refined. Drink 2011-2020+. Tasted November 2008."

Robert Parker 91-94
"The sensational 2007 Cote Rotie Cote Blonde is one of the top Cote Roties of the vintage. Sweet bacon fat, spring flower, mulberry, and subtle smoke characteristics emerge from this broad, medium to full-bodied, complex 2007. Already evolved, it should drink beautifully for a decade."

View all from Rene Rostaing 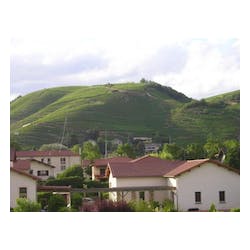 "Until Marcel Guigal achieved acclaim in the mid-1980s, Côte Rôtie was larely as "insider's" wine. In fact -- due to limited demand and the difficulty of cultivating its steep slopes -- the number of acres had steadily dwindled for more than a century. Guigal's success soon reversed that trend, and by the beginning of the '90s, Côte Rôtie was back on top.

René Rostaing is now considered the star of the appellation. He has miniscule old vine parcels in La Fongent and La Viaillère (Côte Brune) and La Garde (Côte Blonde). His key to success is his ability to be flexible, and he combines the traditional techniques taught to him by his father-in-law, Albert Dervieux, with modern technology. He doesn't have a singular formula for each wine. For example, he waits until laboratory analyses in order to decide whether he will fine and filter a wine before bottling. Depending on the conditions of each vintage, sometimes he destems his fruit 100%, other times he only does partial destemming.

His underground, air conditioned cellar is immaculate and contains a variety of new oak casks and larger demi-muids, which he thinks are the best vessels in which to age Côte Rotie. He employs roto-fermenters, but strongly disapproves of heavily-extracted "monster" wines. He uses 20 to 30% new wood, but detests obviously oaky wines. He prizes mature fruit, but rails against some of his neighbor's over-ripe, "Australian" wines. His winemaking is the essence of "enlightened" traditionalism: marrying the best of the old with the new while producing wines true to their origins.

When, in the 1980s demand for grapes in Côte Rôtie surged, worries about overplanting led the INAO, in 1993, to pull in the appellation's boundaries. This deprived many former Côte Rôtie vineyards of the use of the name -- and, of course, drove down their value.

René recognized the opportunity and began seaching for parcels outside the appellation with classic terroir. He acquired about two hectares in Lézardes, on the appellation's northern edge. Soon, Rostaing's Les Lézardes also had a cult following for its unmistakable Côte Rôtie nuance and character.

Most recently, René and his wife purchased a modest estate, Domaine Puech Chaud, in the Côteaux du Languedoc near Nîmes. Located in a relatively cool micro-climate, the zone's limestone gravel seemed perfect for the Rostaings' love of Syrah. Bolstered with small amounts of Mourvèdre, Grenache, Grenache Blanc, and Rolle, Puech Chaud is now producing on the Midi's most beautiful wines."