Introduction
The familiar taste of something very different

What is The Oddity?
The Oddity is a celebration of the diversity to be found in the wide world of wine. The Furmint grape variety does not yet enjoy an international reputation but Royal Tokaji feels it deserves one. Royal Tokaji was founded in 1990; its first mission was  ... read more

Introduction
The familiar taste of something very different

What is The Oddity?
The Oddity is a celebration of the diversity to be found in the wide world of wine. The Furmint grape variety does not yet enjoy an international reputation but Royal Tokaji feels it deserves one. Royal Tokaji was founded in 1990; its first mission was to recreate the wine that for centuries was considered amongst the very finest in the world, the legendary Tokaji asz.

Royal Tokajis dedication has led the winery to the growing realization that Furmint has the potential to make not only great sweet wines, but also dry wines of particular class and charm. The same ripeness, aromatics and acidity which grace the asz wines can also, with time and skill, create dry wines equally capable of greatness. For over 20 years Royal Tokaji has been refining its knowledge of this wonderful grape variety.

Vineyard Profile
Appellation: Tokaj, Hungary
Vintage Report
An excellent vintage for dry wines, 2018 was warm and dry throughout the summer and harvest season. This led to an early harvest and provided ripe and full-flavored Furmint grapes with balancing acidity.

Vinification
Grapes for Oddity are primarily from the Md commune, Szt. Tamas and Nyulaszo 1st Growths, as well as other vineyard sites. Whole bunches were gently pressed and fermented in stainless steel tanks and some Hungarian Zemplen oak barrels, segregated by different vineyard lots. During vinification, malolactic fermentation is avoided. The wine is matured in a combination of stainless steel tanks and 300 L and 500 L Hungarian Zemplen oak barrels. With this vintage the wine was aged in equal amounts in stainless steel and oak, with a proportion of 15 new oak to add subtle overtones and dimension. The wine is kept on fine lees for 4-5 months to achieve roundness and structure.

Tasting Notes
A fresh, crisp wine showing all the fine qualities of the unique Furmint grape. Aromas of grape flowers, apple and pear combine with flavors of ripe apricot and peach to produce a sleek, intense dry wine with a long, refreshing finish.

This wine is delicious as an aperitif, with seafood, white meats or spicy food. Oddity is an ideal pairing with oysters, but partners equally well with fried foods. Versatile is the word!
About Royal Tokaji Wine Company
Royal Tokaji was founded in 1990 by well-known author Hugh Johnson and a small group of investors, including Ben Howkins, who were inspired after the fall of Communism to restore and preserve Hungary's precious wine legacy. Royal Tokaji's ensuing success can largely be contributed to its unique combination of first and second growth vineyards, including one of Hungary's two great first growths: Mézes Mály. The winery produces several exceptional wines, including three single-vineyard Aszú wines. Its Aszú wines are crafted using traditional gönci casks and aged in the winery's 13th-century underground cellars. Richness with vibrant acidity is the hallmark of all the Royal Tokaji wines.
Tokaji is the world's original sweet white wine.

Royal Tokaji has, from the outset, devoted itself to reviving these great wines and to bringing them back to the world's finest tables.
View all Royal Tokaji Wine Company 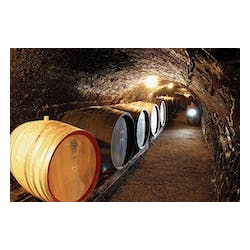 No questions posted yet about this item.
private review
Posted bycustomer on Jun 23, 2021Verified Purchase
Subscribe to our newsletter!