One of Chiles oldest wineries, Santa Carolina was established in 1875 by Luis Pereira, named after his wife, Carolina Iguez. In 1889, the Reserva de Familia Cabernet Sauvignon was awarded a gold medal in Exposition Universelle ... read more

One of Chiles oldest wineries, Santa Carolina was established in 1875 by Luis Pereira, named after his wife, Carolina Iguez. In 1889, the Reserva de Familia Cabernet Sauvignon was awarded a gold medal in Exposition Universelle de Paris, France, which made it the first Chilean wine to earn international recognition. The cellars in Santiago, Chile were declared a National Monument in 1973 to protect them from demolition due to city expansion. In 1974 the winery was bought by the Larain Family from Chile. In 2015, Santa Carolina celebrated its 140th anniversary and was awarded the New World Winery of the Year award by Wine Enthusiast magazine. Annual sales now exceed 25 million bottles, and Santa Carolina has a strong international presence with markets all over the world offering wines in all price ranges,
More than 20 million US dollars have been invested over 2014-2019 to ensure the highest quality in the production of their wines. These investments and continuous innovation provide consistent quality and numerous accolades across all wine ranges.-Winery Notes

View all from Santa Carolina Wines 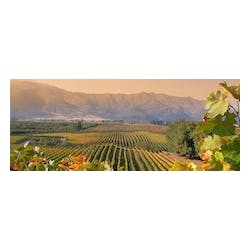 Carolina Wine Brands is one of Chile's leading wine groups and producer of five brands: Santa Carolina, Casablanca, Ochagavia, Antares, and Finca el Origen in Argentina. Controlled by the Larraín family, CWB is part of the Watt's S.A. agribusiness group.

Brands of a unique, differentiating character allow CWB to be a player in all market segments, with a wide portfolio that spans from wines for day-to-day consumption to Ultra Premium and icon wines. CWB owns 2,000 hectares of vineyards in the main wine valleys of Chile and Argentina.

Since 2007, CWB owns a subsidiary in the U.S. and in 2010, the Company opened an office in Shanghai, China, which is operated by two executives. With exports to over 90 countries, CWB has overall sales in excess of 3 million cases or USD 72.0 million, approximately.

"This Pinot Noir is absolutely fantastic and one of my all time favorites!!"

"Ridiculous pinot at this price, tastes like it should be a lot more. We're getting a case."