5 of 5 (3 reviews)
Item Sold Out
Notify me when this item is available
" SAVED Red is a robust blend of Merlot, Malbec, Syrah, Zinfandel, and small amounts of other red varietals curated to add more dimension to the aromatics and rich fruit flavors. It opens with aromas of ripe figs and vanilla followed by jammy flavors of blackberries and spice, all perfected by French-oak aging. Its finish is long and generous. " ~ Winery notes
Item ID: #22557
Winery: Saved
Category: Red Blends
Size: 750mL (wine)
Closure: Cork
Other vintages
Share this item on FacebookFollow Empire Wine on TwitterFollow Empire Wine on Pinterest

" SAVED Red is a robust blend of Merlot, Malbec, Syrah, Zinfandel, and small amounts of other red varietals curated to add more dimension to the aromatics and rich fruit flavors. It opens with aromas of ripe figs and vanilla followed by jammy flavors of blackberries and spice, all perfected by French-oak aging. Its finish is long and generous. " ~ Winery notes 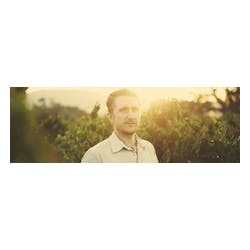 SAVED is the best blend

"One of my all time favorite wines."

"Terrific blend for the price and not a wimpy wine!"

Empire customer on Mar 23, 2017  [Verified Purchase]
Scroll to the top of this page