View Cart / Checkout
Loading... Loading cart
Total:
—
View Cart / Checkout
0
Cart
Delivery
Search
Menu
Home » Wine » Red Wine » Shiraz / Syrah » Small Gully Mr Black's 'Little Book' Shiraz 2018
22%
OFF Sample Image Only
Small Gully Mr Black's 'Little Book' Shiraz 2018
$19.21 $14.95
Ship "12" Free when you mix or match a 12 bottle case! more...
Small Gully Mr Black's 'Little Book' Shiraz 2018 ships free when purchased by the 12 bottle case! — Fill a 12 bottle case with this item or any of our other eligible free shipping items, and that case ships for free! Note that there is no limit to the number of cases you can have shipped for free so long as they are filled with eligible "Ship 12 Free" items.
"Ever wonder about one persons secrets that are safely stowed away in a little black book? Well that is the idea behind Small Gullys Mr. Blacks Little Book Shiraz. Sourced from prized vineyards (that Stephen's partner is involved in, thus the 'house discount') in the northern part of the Barossa and the Adelaide Plains. This is a blend of 61 year old fruit from Zippys Block in the Barossa Valley and Roberts Vineyard in the  ... read more

"Very little intervention is used in making this wine. The fruit is picked according to taste when Stephen feels that its at its optimal ripeness. The fruit is then destemmed and crushed and left to start fermenting which is done without inoculation. The wine is pressed off gently and then goes into barrel where it goes through maloactic fermentation. Is Stephen the originator of 'natural wine?' You be the judge!"
About Small Gully
Established in 1999, Small Gully was founded by vignerons, Robert Bader and Darren Zimmermann and winemaker Stephen Black. In 2002 a winery was built at Darren's Marananga property, situated in a 'small gully' on Roennfeldt Road, Greenock in the Barossa Valley.

The people of Small Gully bring passion, experience and history to their winery. Robert started in the wine industry in 1981 whist the Zimmermann family has been growing grapes in the Barossa Valley since early last century. Darren and Robert have established superb low yielding Shiraz vineyards, producing super-premium fruit. Small parcels of Grenache, Mourvdre and Cabernet Sauvignon are also carefully selected from other local vineyards for the Small Gully wine range.


Stephen Black began in the wine industry in 1992 after a successful career in the pharmaceutical industry. Stephen worked for well known winery Barossa Valley Estates and in 1993 embarked on the post graduate winemaking course at Roseworthy College and then in 1999 began the creation of the Small Gully brand.

Small Gully produces wines of a distinctive bold and intense style with great expression of fruit character and winemaking technique. The Small Gully wines reflect the attention to detail in the vineyard and the meticulous fruit selection.
View all Small Gully 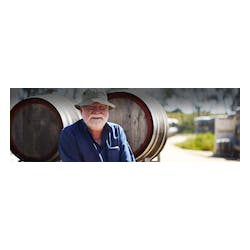