View Cart / Checkout
Loading... Loading cart
Total:
—
0
Cart
Delivery
Search
Menu
Home » Wine » White Wine » Italian White » Suavia Soave Classico 2021
17%
OFF Sample Image Only
Suavia Soave Classico 2021
$16.87 $13.95
Ship "12" Free when you mix or match a 12 bottle case! more...
Suavia Soave Classico 2021 ships free when purchased by the 12 bottle case! — Fill a 12 bottle case with this item or any of our other eligible free shipping items, and that case ships for free! Note that there is no limit to the number of cases you can have shipped for free so long as they are filled with eligible "Ship 12 Free" items.
James Suckling 92
"Textbook Soave with lemony fruit, nectarine and hints of white almond and chalk on the nose. Tangy and flavorful with fresh-toned acidity and a very subtle grip at the end. From organically grown grapes. 100% garganega. Drink now." 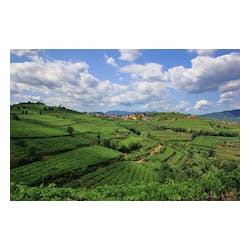 No questions posted yet about this item.
Other white grapes = better wine
"As a change of pace"
Posted byPaul on Jan 7, 2023Verified Purchase
Subscribe to our newsletter!