$18.95
5 of 5 (1 review)
This wine reflects the up and coming Shiraz vineyards of the Barossa, rather than the battle hardened old vines that make up the core of our other cuves. But like all Torbreck wines, Woodcutters Shiraz receives the very best viticultural and winemaking treatment. Fruit is sourced from hand-harvested and hand-tended, low-yielding vines, then open fermented and gently basket pressed before ageing on fine lees for 12 months in large format seasoned barrels and foudres. Although ... read more

This wine reflects the up and coming Shiraz vineyards of the Barossa, rather than the battle hardened old vines that make up the core of our other cuves. But like all Torbreck wines, Woodcutters Shiraz receives the very best viticultural and winemaking treatment. Fruit is sourced from hand-harvested and hand-tended, low-yielding vines, then open fermented and gently basket pressed before ageing on fine lees for 12 months in large format seasoned barrels and foudres. Although this wine is constantly praised for its succulence and richness, there is also a complexity and texture which is rarely found at this price. 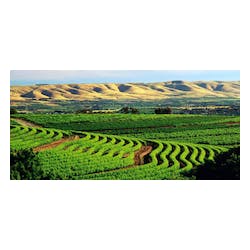 "Smooth fruity wine with qualities beyond its price point. Definitely a good value!"