“A blend of their finest Shiraz barrels from across the Barossa Valley region. This is a sumptuous wine, defined by its aromatic complexity and finesse.”-Winemaker Notes

Michael's wine contacts in the US and UK helped launch the brand and favourable critical reaction put Two Hands in the spotlight soon after. The early success helped Two Hands gradually increase production and venture out to launch the full Garden Series with the 2003 vintage, something truly unique in Australia. Gnarly Dudes joined its stablemate Angels' Share in the Picture Series, and the portfolio was starting to take shape. Later that year, Michael was driving down a dusty track in the Western Ranges of the Barossa Valley and first saw the run down uninhabited cottage next to the Marananga Creek that was to become the home of Two Hands – Kraehe House. Michael's vision was to reflect the Barossa heritage with the sandstone frontage and verandah, but create something modern and luxurious on the inside: the Cellar Door and Bakehouse opened in December 2003 just in time for Christmas and turned local hospitality on its head – anyone could walk in and taste Flagship Shiraz Ares, no matter where they were from or if they had money to spend.
View all Two Hands Wines 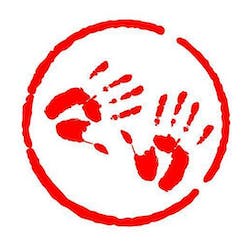